"Everything together just worked as best as it could," School Resource Officer Dan Mayer with Westminster police said.

It was Monday just before noon at Standley Lake High School when Cameron Durand saw Hayden, his friend, collapse.

"I heard her gasp for air and then the second I heard her stop, that's when I knew something else was wrong," Durand said. "I knew it wasn't just a seizure."

Durand started CPR and got her breathing, but her heart had stopped. By then, Mayer was running into the room and somebody else, who had the school's defibrillator, right behind him. It took two shocks to re-start Hayden's heart.

"I don't think it's about anybody in particular saving her life, it's just everything came together," Mayer said.

Durand knows CPR because of his training as a lifeguard.

Mayer easily worked the defibrillator the school had because of a death of a student. Junior Dan Lunger died on the first day of classes in 2006 because of an undiagnosed heart condition. He was Durand's best friend.

"We were inseparable, really, I have a million and one good memories of him," Durand said.

After his death, Lunger's family donated the defibrillator to the school.

"You always hope that it never gets used," said Lunger's father, Howard. "You want to see dust build up on it on the wall."

But all were thrilled the machine served its purpose and saved a life.

"Dan really would've wanted this," Durand said. "I miss him everyday, but I'm so glad he gave us this gift and Lindsay is still here because of it." 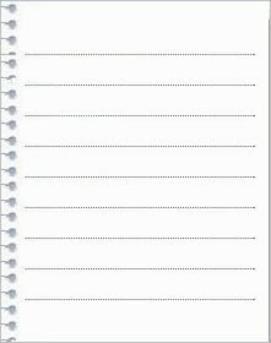 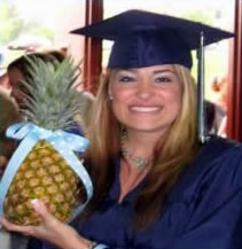 A Letter From Lindsay's Parents

April 7, 2008 was a day that changed our life forever in a positive way.  Our daughter Lindsay, who at the time was  a senior at Standley Lake High School, collapsed while in class. Her heart went into defibrillation.  She never had a heart problem of this magnitude in her life.  Following her collapse, fellow student Cameron Durand began CPR.  Teacher Jen Wolford cleared the classroom.  Students summoned school resource officer Dan Mayer, who directed someone to grab the AED.  Officer Mayer hooked up the AED and advised that a shock was needed.  Her heart didn't respond.  The AED advised a second shock.  Her heart responded to the second shock. Lindsay was transported to Good Samaritan Hospital in Lafayette and when she stabilized, she was then transported to Childrens Hospital in Aurora.  Lindsay had an internal cardiac defribillator implanted into her chest on April 10, 2008.

Our message is simply this:  Had the school not have had an AED, Lindsay would not have lived.  We have many people to thank, including the Lunger family, Officer Mayer, Cameron Durand, the administrative staff at Standley Lake High School, numerous rescue personnel, nurses and doctor's at both hospitals and the AED.  Today, Lindsay is a freshman at Colorado State University and is living a normal life.

AED's need to be mandatory at every school.  Fibrillation happens without warning.  CPR is not effective when the heart is in fibrillation.  The AED is the only medical device that had any chance of saving my daughter. 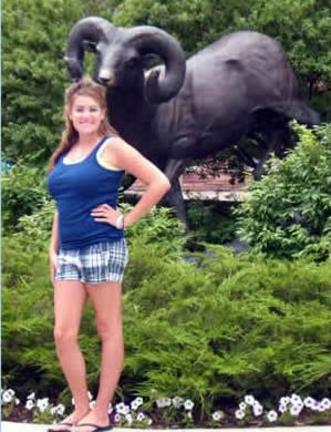 A Standley Lake High School teenager is thankful for a friend, a police officer and a defibrillator after her heart stopped.

Both cardiopulmonary resuscitation (CPR) and an automated external defibrillator (AED) helped save Hayden's life, but it was a classmate and a police officer who made it happen.